Kim Shattuck of The Muffs dead at 56 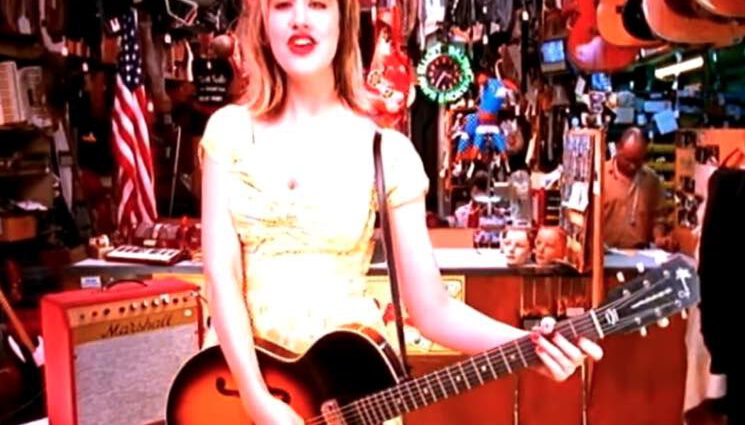 Kim Shattuck of The Muffs has died, her band mates have confirmed. Shattuck was 56 and recently revealed that, in 2017, she had been diagnosed with ALS, the neurological disease also known as motor neuron disease.

“We are very sorry to announce the passing of our bandmate and dear friend Kim Shattuck,” the Muffs’ Ronnie Barnett and Roy McDonald said in a statement published on the band’s Facebook page. “Besides being a brilliant songwriter, rocking guitarist and singer/screamer extrodinaire, Kim was a true force of nature. While battling ALS Kim produced our last album, overseeing every part of the record from tracking to artwork. She was our best friend and playing her songs was an honor. Goodbye Kimba. We love you more than we could ever say.” The Muffs’ new album No Holiday is due on October 18.

Former Muffs bandmate Melanie Vammen said she her “heart is forever broken” as she posted a screenshot of Shattuck’s husband, Kevin Suth, sharing news of his wife’s death.

Shattuck co-founded The Muffs in Southern California in 1991.

The band was known for hits including Lucky Guy and Sad Tomorrow, as well as their cover of Kim Wilde’s Kids In America, which featured on the soundtrack of 1995 comedy Clueless.

Apart from her legendary work as part of The Muffs, Shattuck also performed with The Pandoras, The Beards, and White Flag. She collaborated on songs with Bowling for Soup and NOFX and toured with The Pixies.

Kim started her career in the 1980s as the bassist in the California garage rock band the Pandoras. After the Pandoras split she formed the Muffs in the early 1990s. The Muffs recorded singles for legendary labels Sub Pop and Sympathy for the Record Industry before signing to Warner Brothers and releasing their self-titled album in 1993.

Along with six albums with the Muffs (and a seventh which was already scheduled to be released later this month), Kim also worked with bands like NOFX, the Dollyrots and Bowling With Soup and had a recent project with former Muffs member Melanie Vammen called the Coolies.

In 2013, Kim was chosen to be the bassist in the Pixies replacing Kim Deal. She was asked to leave the band later that same year after stage diving into the audience at a gig. In an interview following her dismissal she commented: “When I got offstage, the manager told me not to do that again. I said, ‘Really, for my own safety?’ And he said, ‘No, because the Pixies don’t do that.’”

Her Muffs cover of “Kids in America” will forever be remembered in the 1995 film Clueless.

Tributes to Shattuck have been paid from across the rock world following news of her death. Pixies, with who Shattuck briefly played with as a member of their live band, said they were “devastated” by the news. Billie Joe Armstrong of Green Day, meanwhile, paid tribute to “one of my favorite song writers.”

We are devastated about Kim’s passing. She was a genuine musician, writer and performer who committed her life for the cause. She brought all of her life force to her endeavors and we are fortunate for her sharing some of that life force with us. RIP. pic.twitter.com/iTBagHViah

Beyond speechless right now with this news. Kim, thank you for being our big sister in the scene, for always supporting our art, for singing on our records and playing shows together. Total heartbreak with this news Everyone, play your Muffs records tonight.#kimshattuck pic.twitter.com/E056m5IHvT

RIP to Kim Shattuck. One of the all time great voices. LISTEN TO THE MUFFS!!!

Heartbroken about Kim. One of the all time greats. How could anyone be such a brilliant pop songwriter, singer, screamer, and such a total punk-rock badass, and be so insanely cute at the same time? No one funnier or cooler. We love you, Kim #kimshattuck #RIPKimShattuck pic.twitter.com/rD8fsARpV7

RIP Kim Shattuck of The Muffs, one of my favorite songwriters, an inspiration, someone whose music I have been listening to on repeat for years. https://t.co/vvI2ZbYGPJ

The Muffs formed in 1991 and, prior to new album No Holiday, released six studio records. The band went on a break following the release of 2004 album Really Really Happy. Shattuck spent this time collaborating with artists including The Dollyrots, Bowling For Soup, and NOFX. She toured with Pixies in 2013 when the band reformed minus bass player Kim Deal.

Kim was both a sweetheart and a badass rocker. Her raspy voice which was responsible for some of the greatest screams in rock-n-roll, blaring and joyful way of playing guitar and a knack for writing some super catchy hooks will be dearly missed by many.

Earlier this year, Shattuck and Vammen formed new band The Coolies and released Uh Oh! It’s…The Coolies EP. Proceeds from the project were donated to ALS research. You can download the EP here.

2019-10-24
Previous Post: Donald Trump tweeted a Nickelback meme and we should all just LOG OFF
Next Post: Producer Steven Kravac releases solo album as Steven Bradley