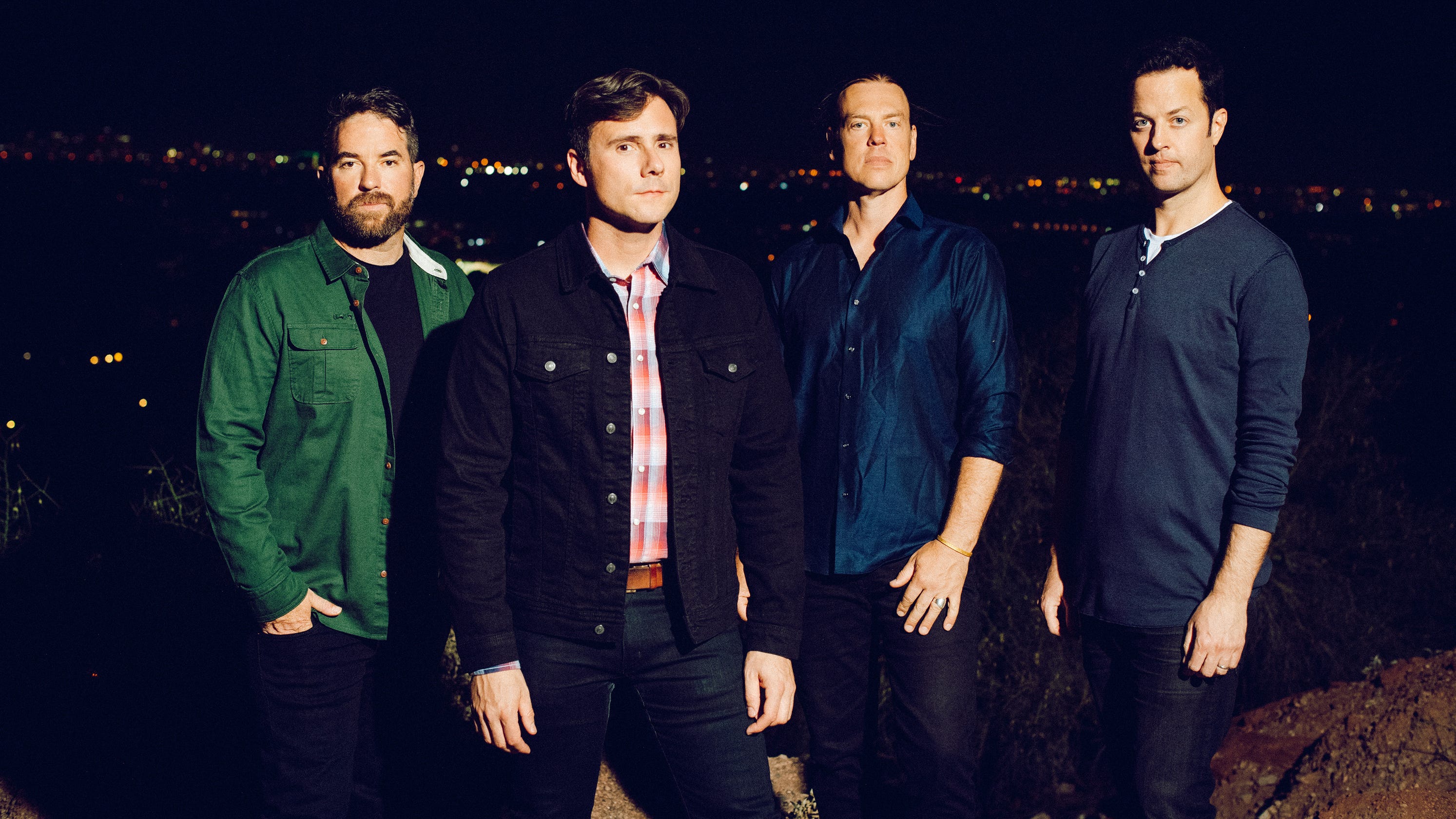 Jimmy Eat World will launch their latest album with a sold-out show at Crescent Ballroom during a month when other local music picks include two major festivals — Four Peaks Oktoberfest and Apache Lake Music Festival — and AJJ topping the bill at a benefit show while celebrating the 10th anniversary of an early classic.

Here’s a look at those and other local-music highlights for October, from Ghost in the Willow to release shows to kick off the month from Paper Foxes and Barefoot.

Ghost in the Willow

This is Ghost in the Willow’s first full-band performance since the release of a three-song collection that clearly thrives on full-band energy. “A Song for Alice” continues the increasing raucous trajectory Gil Rodriguez has charted since adopting the name for his solo acoustic endeavors.

Rodriguez says the three-song EP “was done lovingly in memory of my dear friend Alice Higgins as a way to kind of weed through the emotions of the sudden loss of someone you’re close to at such a young age.”

It begins with the deeply emotional title track, in which Rodriguez recounts a dream he had about his friend where he tells her “I haven’t felt this alive since you died.” And after making its way through the electrifying punk of “Curtain,” with its shout-a-longchorus of “Don’t grow up / Let it go,” it closes with a cover of “Bastards of Young” by the Replacements, a fitting conclusion that also pays tribute to one of Rodriguez’ primary inspirations.

These alternative-rockers are celebrating the release of “Leisure Fever,” a contagious collection whose seemingly effortless pop sensibilities have resulted in tracks as instantly engaging as “On With It Then,” a soulful opener that sets the tone with a chorus of “On with it then / I’m already dead,” and a title track whose atmospheric verses give way to an anthemic chorus.

They’re joined in celebrating the release by Wyves, Whstle and Cheap Hotels.

If the “Devil on My Shoulder” EP was the sound of Paper Foxes swaggering into the club with a type of music they were thrilled to hear critics describe as “post-punk death disco,” subsequent singles “Tell Me How You Feel” and “Pop Confessions” were even more disco, less post-punk.

“Popular Confessions” is the next step in the evolution, produced by Bob Hoag at his Flying Blanket studio, a move CJ Jacobson credits with leading to “better arrangements, better quality,” adding that Hoag “made everything sound cohesive and created moments that really shine.”

The album mixes re-recordings of such Paper Foxes staples as “Strawberry Lashes,” “Breathing Underwater,” “Devil on My Shoulder” and “Pop Confessions” with their latest batch of dancefloor-rocking gems, from the bass-driven “Dance of the Dead” to a track that could’ve held its own on any John Hughes soundtrack from the ’80s, “Not the Right Time.”

They’re joined in celebrating the release by Fairy Bones, Broken Baby and the Bittersweet Way.

The local alternative-radio staples who went platinum with “The Middle,” a breakthrough hit that peaked at No. 5 on Billboard’s Hot 100 on its way to being covered by Prince, will play a sold-out hometown show at Crescent Ballroom as they launch their 10th studio album, “Surviving.”

Their third release on RCA, it’s due to hit the streets Oct. 18.

In a press release, the label calls it their “most personal, ambitious album to date.”

In that same press release, Jim Adkins said the album “explores some of the different kinds of weights my ego tells me I have to carry, what I see people around me choosing to carry and what I have found to be the truth when I choose to let go.”

ZeeDubb and Lord Kash of the Stakes will host the fifth installment of what Crescent Ballroom’s website promises should be no less than “an exciting night of music mastery, improv, collaboration & community.”

As ZeeDubb explains it, “It’s a night of improv with musicians, singers, MCs and poets from multiple bands and genres in the Valley. We get together. Play. And party!”

It’s all completely improvised on stage without a net.

October’s participants include Tide Pools on voice and keys, Chad Cole on Bass, Charles Christian on drums, Alan Acosta on sax, Chelsey Louise on guitar and DJentrification as DJ.

Doyle plays guitar in San Jacinto Death Row Prison Band and MBE, a Beatles tribute focused on the early days of Beatlemania. Having seen him play in either of those projects will do nothing to prepare you for the haunting acoustic-guitar-driven instrumentals of his latest album, “Portrait.”

“This one is a little more elaborate,” he says, “in that I put a couple more overdubs on it and I had some guest musicians.”

The album is available to stream at Bandcamp. He’ll be joined at the Lost Leaf by Michael Brandon Vela.

Four Peaks hosts three days of beer and brats, carnival rides and live music, all while raising money for a great cause, Tempe Sister City.

They’ll also have a polka stage all three days for that authentic Oktoberfest vibe, including Tony’s Polka Parade and the Bouncing Czechs.

This two-day festival is in its 10th year of presenting a great cross-section of the local scene for a weekend of music and camping with bands performing on two stages.

Among the moments guaranteed to cause a buzz is the return of Mergence, making their first live appearance anywhere since June 21, 2014.

It’s not all local talent. The formerly Flagstaff-based the Brothers Gow (who now call San Diego home), LA rockers American Mile and Denver’s Sympathy F will also be on hand.

And rounding out the weekend’s homegrown talent will be sets by the Uncommon Good, the Deadbeat Cousins, Haley Green, the Woodworks, Greyhound Soul, Fat Gray Cat, Dr. Delicious, the Conveyors, Gelatinous Groove, the Real Fakes, Shawn Johnson and Lady Elaine.

AJJ are celebrating 10 years of their classic album “Can’t Maintain” by playing the entire thing with Sewer Gap and DJ NotGoth opening.

Released when they were still called Andrew Jackson Jihad, “Can’t Maintain” explodes on impact with the raucous “Heartilation,” Sean Bonnette brilliantly setting the tone for an album packed with darkly comic musings on a life defined by disappointment with “I wanna break apart my heart / Glue the pieces to my car / Crash it into a wall / I don’t want to feel at all.”

Other highlights range from “Self-Esteem,” in which he memorably sighs, “I get bronchitis twice a year at least,” to “Who Are You?,” a sweetly devastating song about the dad who didn’t stick around to raise him. “Thank you so much for not raising me,” he sings. “You spent your life on better things / And you would have been an awful dad / Thank you though for those genes you had.”