Poll: Most voters think Trump will win in 2020 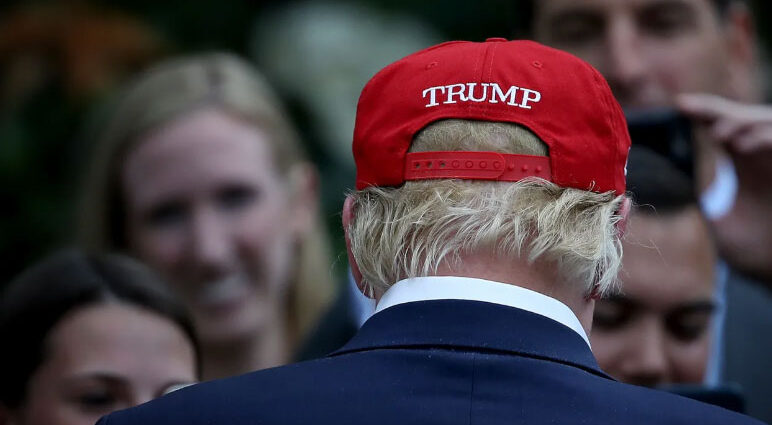 The United States is in something of a political twilight zone right now. The presidency and senate are controlled by people who lost the popular vote. Yes, despite their continued lackluster approval ratings, a slim majority of Americans actually support Congress either impeaching the president or extending their investigations of him. Meanwhile, the president’s base thinks all such inquiries into his behavior should end.

It’s a mix of things, but what can be said, in brief, is that though the economy is doing pretty well right now, Trump continues to be disapproved of by the majority of Americans. This is what makes a new poll from CNN so startling. Its finding? A majority of Americans, even many of his critics, think Donald Trump will win re-election.

Say that again, but slowly.

Despite poll numbers that suggest he has an uphill battle for re-election despite, the same people who don’t support Trump for re-election think that he will probably win anyway.

The poll, which interviewed 1006 adults by telephone, shows that 54 percent of Americans think Trump will win re-election. This means that Trump, whose overall approval rating is negative, is doing better in this regard than Obama was doing with better approval ratings at the same point in their Presidencies.

This is despite a majority of the surveyed holding negative opinions on how Trump is doing on a wide variety of issues. On the topics of immigration, trade, foreign policy, and help to the middle-class Trump’s approval ratings are at least a few points below his disapproval ratings. He fares a little better on the issue of the economy in general, with about half of those polled saying they approve of how he has managed the economy.

Why would people think this?

The dissidence between the numbers who disapprove of how he is doing and the number who think he will be re-elected can be explained by the fact that not everybody who disapproves of him thinks he’ll lose. In December of last year, 81 percent of the people who disapproved of how Trump was handling the economy said they felt he would lose re-election; this poll shows that number is now 67 percent. The tide has changed.

How does that hold up? I mean, it still doesn’t make sense. If a majority disapproves of him, and they all know that, then why would they think he’d win again anyway?

Historically speaking, most American presidents win re-election. This includes the ones who aren’t as popular as they’d like to be. Think for a minute about the few that have lost re-election; a lot of them had crises or other significant problems going in that were at least partly to blame for how the race turned out. Supposing that Trump will get re-elected fits the historical pattern.

Given that his supporters don’t seem to care about any scandals he gets involved in and suddenly don’t think the personal lives of politicians matter when considering their fitness for office, the issues that derailed the re-election of others might not affect Trump all that much, anyway — i.e., his base will still vote for him.

And, of course, not having the support of a majority of Americans didn’t stop him from getting into office the first time. Even if he does worse the second time around, he could still win the Electoral College. One doesn’t have to be too cynical or bad at math to think this is a probable outcome. A cynical turn wouldn’t be too far-fetched either, how many other presidents endured such a wide public support for impeachment this long without leaving? If this doesn’t get him out now, why think he’ll lose next year?

Before you get too invested in these results, though, the study the polling data was pulled from includes references to past polls for context. One of them showed that in 1995 only a quarter of Americans thought Bill Clinton would win re-election. The majority who believed he would lose turned out to be wrong.

So take this data with a grain of salt, as it might be a mistake to put too much stock in a poll like this a full year before we even know who Trump will be running against.