This new fiction anthology is punk as f*ck

In: Videos, Music & Movies
With: 0 Comments

A Punk Rock Future is a brand new fiction anthology featuring 25 speculative sci-fi and fantasy writers smashing the State in whatever fantastical futuristic form that it might take. Editor Steve Zisson (not to be confused with Steve Zissou) was smart enough to realize that a good short story is already like a punk song—fast, effective, and brutally DIY, with a fistful of meaning that explodes in your face with pure undistilled emotion. It only made sense to slam the two together.

The anthology features a setlist of writers with all the scene cred you need, including Nebula Award-winner Sarah Pinkser, who just released her debut novel about an illegal underground music scene; Margaret Killjoy, whose book The Lamb Will Slaughter The Lion was nominated for a Shirley Jackson award; and Marie Vibbert, who has published some forty-plus short stories and also attended the Clarion Writer’s Workshop with me (where BoingBoing’s own Cory Doctorow was our instructor).

We might be trapped in the dystopian cyberpunk hellhole of a future we were promised is children, but another world is possible. So check out A Punk Rock Future, or there’s no future for you. 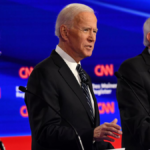