Skip to content
punkSAVES > Mike Monteiro put a pro-union message for Amazon workers on his new books cover
Click Here
Sign Up for our Bi-Weekly Newsletter!

In: Uncategorized
With: 0 Comments 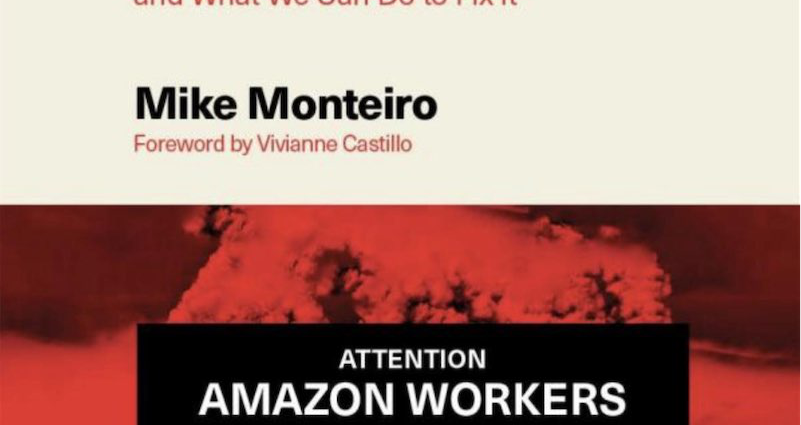 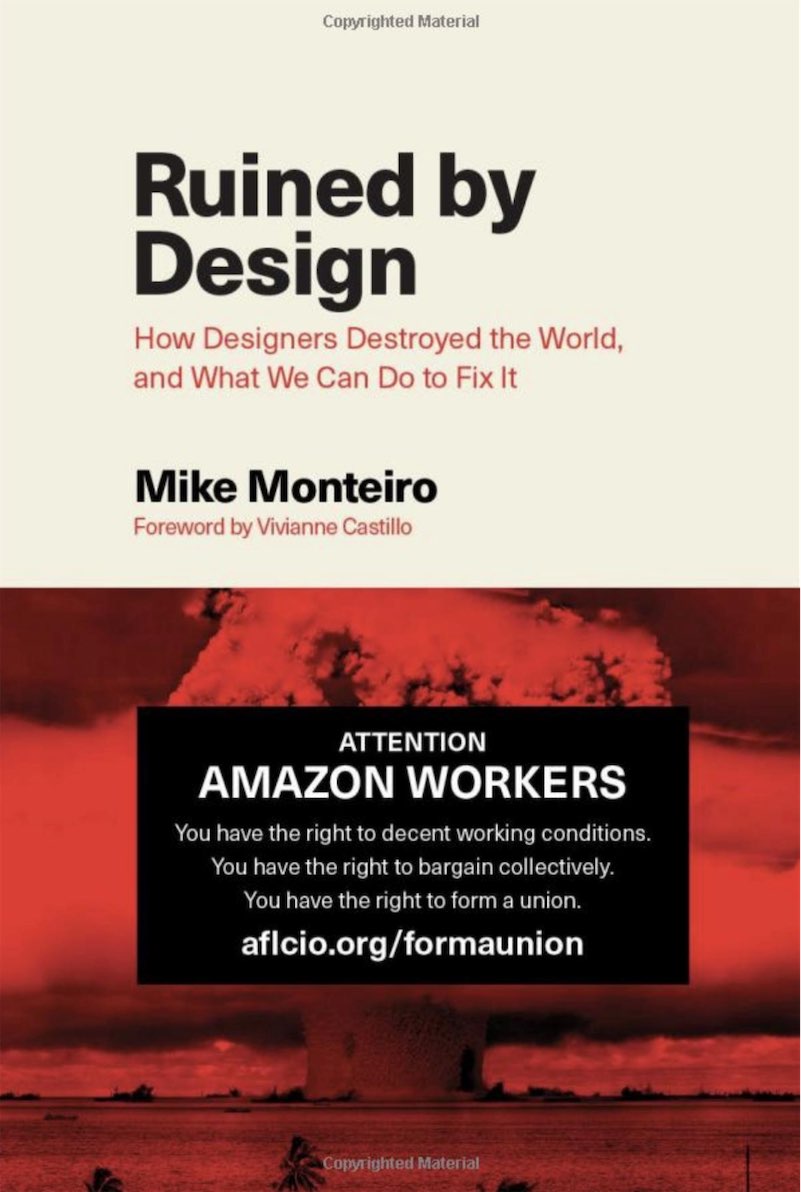 Designer/activist Mike Monteiro added a pointed pro-Union message to the cover of his new, print-on-demand book that Amazon workers would perhaps see when they print copies to ship to customers. The Amazon-specific cover to
Ruined by Design: How Designers Destroyed the World, and What We Can Do to Fix It made it through their approval process and is visible on the product page, for the moment anyway.

While Monteiro says he’s sold over 10,000 copies of the book so far, only 150 paperbacks have been printed since he changed the cover, which isn’t a lot of opportunities for it to catch the right person’s eye.

Monteiro says he was working on some union organizing when he came up with the idea: “We were discussing how to get messages in front of people and I realized ‘Oh, huh. I have this thing that Amazon workers see every time a book gets ordered. Let’s put a message there.’”

Ruined by Design: How Designers Destroyed the World, and What We Can Do to Fix It (Amazon)

Every time you buy my book from Amazon, a warehouse worker has to pull it off the shelf. From now on, this is what that worker will see. At least until Amazon shitcans the whole thing. Hurry up. https://t.co/l5jxdz1azW pic.twitter.com/DqWZT5MI9q

I’ve been a fan of cartoonist, novelist and memoirist Lynda Barry for decades, long before she was declared a certified genius; Barry’s latest book, Making Comics is an intensely practical, incredibly inspiring curriculum for finding, honing and realizing your creativity through drawing and writing.

Archaeologists have found the remnants of a 4,000-year-old “book” in a burial shaft in Dayr al-Barsha, Egypt. The oldest known copy of The Book of Two Ways, the story is related to Osiris, the Egyptian lord of the underworld. From The Brussels Times: (Katholieke Universiteit Leuven archaeologist) Harco Willems describes the document as a collection […]

The Family Acid: California is the new book of photographs by Roger Steffens that I published with Timothy Daly, my Ozma Records partner and co-producer of the Voyager Golden Record: 40th Anniversary Edition. Limited to just 1,500 clothbound copies, it’s a far-out photo album from a very unconventional family. We hope you can come meet […]

Just about everybody from small-time app developers to big database administrators loves Linux. But just because it’s open-source doesn’t mean its secrets are open to everybody. For that, you need a comprehensive training program like the Complete Linux System Administrator Bundle. If you’re chasing any kind of career in coding, this is the online regimen […]

If you want to be an app developer for Android, there’s never been a better time. Languages like Kotlin are tailor-made for functionality, and the Jetpack suite of tools makes the whole process easier. The only hurdle is learning your way around these tools, and that’s where the Android Jetpack & App Development Certification Bundle […]

Need a power solution for your devices that won’t quit on you after it bends the wrong way? We’ve all been frustrated with cheap charging cables, but a more permanent solution actually isn’t much more expensive. Here are 10 sale-priced charging cables that can actually stand up to daily use. Nylon Braided iPhone Lightning Cable […]